Showing posts from February, 2010
Show all

Where are all the people? 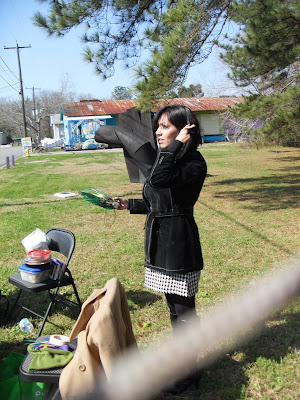 Me, wondering where everyone is. On Saturday, February 13, I was invited to an event at Railroad Square Art Park by my friend Erin. The event was called ARTi*GRAS. It was an event that celebrated mardi gra. The event also benefited the Red Cross and sufferers from the massive earthquake in Haiti. The event was filled with food, musical performances, and a parade. The only thing that was missing was the guests. Erin and I rented a space to sell and promote our art. We baked cookies, brownies, cupcakes, and a big chocolate glazed cake for our guests. We also had a big jar that was labeled donations. The event lasted from 11AM until 10PM. But, we were only there from 9AM until 4PM. We thought that we would make back the money that we spent on renting the space and money spent for the baked goods. We ended up giving the goodies away to our friend Josh. We made $6 in total from the donations jar. We only made $3 each, and we were out there in the brrr cold all day. We were disappointe
Post a Comment
Read more 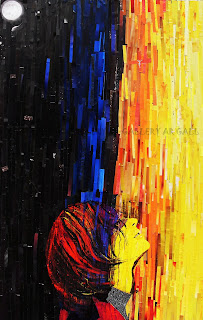 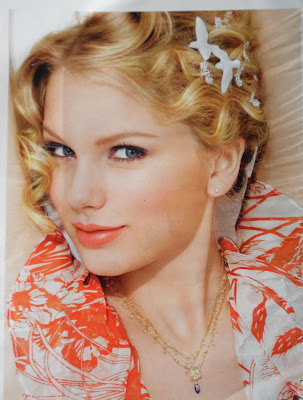 I chose to draw Taylor Swift for my illustration class. I chose Taylor Swift because she is an amazing talented woman. She achieved many goals at such a young age. I find her very inspiring. The picture that I chose is beautiful in so many ways. I love the twinkle in her eyes. Her eyes are so bright, full of happiness, and she is full of life. If you have any comments, or questions, feel free to comment and ask. Purchase a print of Taylor swift here,  http://andrea-realpe.artistwebsites.com/featured/taylor-swift-andrea-realpe.html
Post a Comment
Read more
More posts